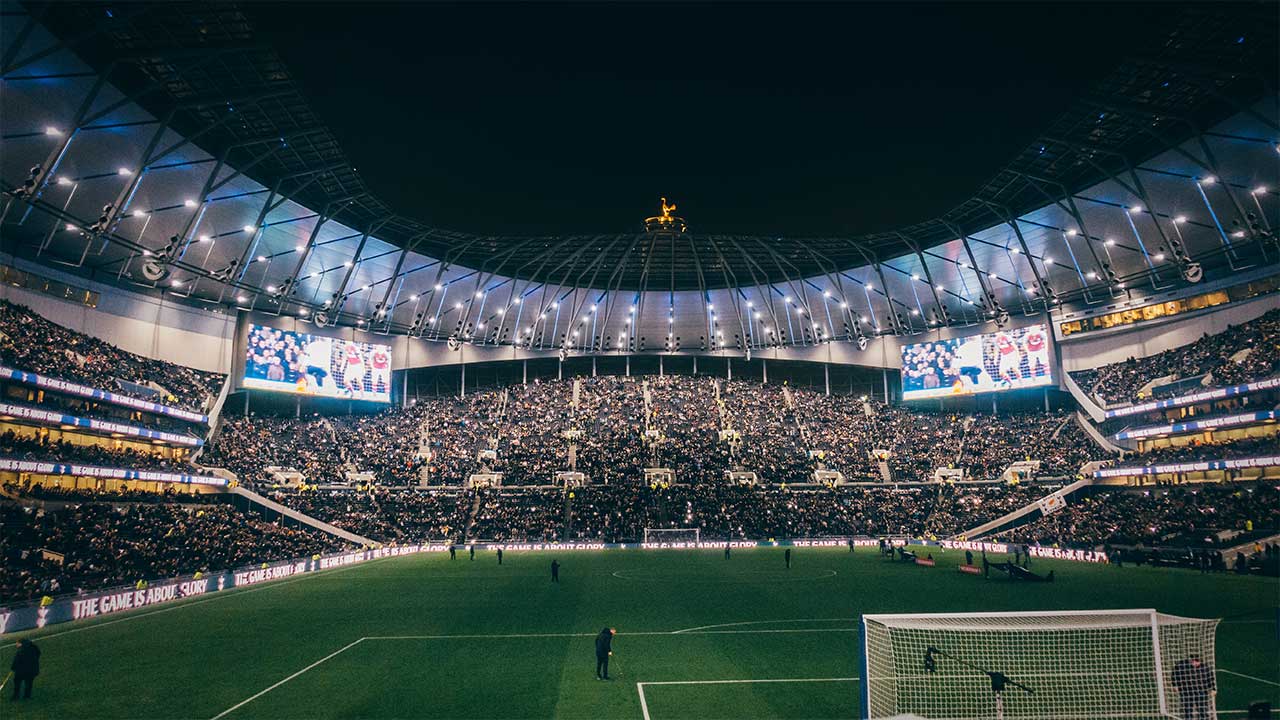 Technology And The Stadium Of The Future

Modern stadium technology strives to convince fans to think of the facility as a state-of-the-art destination rather than a sports arena.

For most UK fans, football is a game of tradition – you arrive just before kick-off, have a pie and pint at half-time, and leave elated or deflated straight after the end of the match. But Tottenham Hotspur’s brand new, state-of-the-art stadium hopes to use technology to re-think how European football fans spend their Saturday afternoons or even longer.

The club has reached an agreement with the NFL to hold a minimum of two American football games a year in a 10-year partnership. The venue will also hold concerts by big-name bands.

The new stadium was initially expected to open last summer but met with delays. The plan was always to create a future-proofed, intelligent stadium. Now, after spending upwards of £850m, fans can experience the stadium for themselves.

Managing director Christopher Lee of stadium-designer Populous, says the 62,062-seater venue will provide a new type of experience for visitors. For instance, rather than being herded through cramped and outdated facilities, fans take advantage of a range of options with the aim of keeping them in the venue for longer – meaning happier customers and bigger profits.

Thinking Forward in the Digital World

Digital systems and services are central to the approach. Instead of being implemented as an afterthought, the stadium’s technology systems have been built into the ground fabric.

The stadium includes HPE Aruba technology with 1,641 Wi-Fi Access Points that provide complete Wi-Fi coverage. The wired network infrastructure, enables the operation of the stadium’s critical services, such as CCTV, along with building management systems, audio visual technologies, and ticketing.

Additionally, 700 HPE Bluetooth beacons work with a newly created Spurs App to give fans location services, helping fans navigate bars, retail stores and restaurants. This infrastructure provides the underpinning for the digitally enabled fan, both now and into the future.

Cashing In Bit By Bit

Sanjeev Katwa, head of technology at Tottenham Hotspur, says digital infrastructure is the key to providing new types of experiences at ground level – ie; the new stadium is fully cashless. Mobile and wearable payment systems, including Apple Pay and Google Pay are accepted as well as all major contactless debit and credit cards.

Fans at this digitally enabled stadium have an immense amount of choice. Outside the ground, the Tottenham Experience houses the Spurs Shop, a 23,000 square-feet retail space the largest of any football club in Europe.

The new stadium hosts a slew of bars and restaurants. The Market Place is a fan zone sporting food and drink outlets inspired by London’s street-food market scene. At the rear of The Market Place in the 17,500-seater South Stand is the 65-metre Goal Line Bar, which is the longest bar in Europe.

There’s something warm and comfortable about traditions. Whether parking your car in the same place, buying treats from the same shop, eating over-cooked burgers, chatting with strangers about our shared passion.

If the nature of football experience is to change, then fans must willingly embrace that shift.